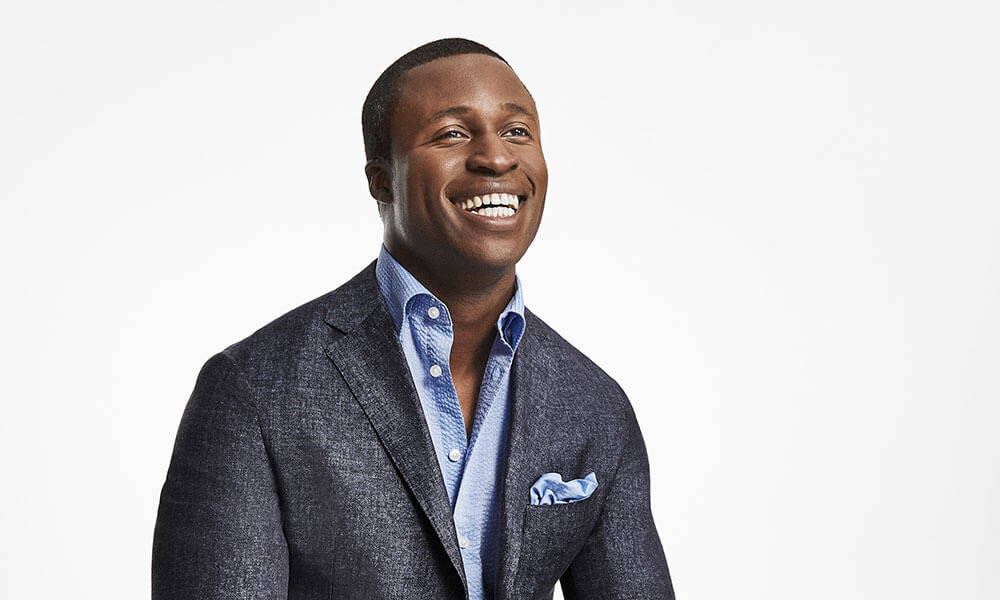 Jesse Iwuji's dream was to play college football. Serving was not a path he saw himself going down until he was recruited by The Naval Academy to play football. Unexpectedly, it ended up being the best decision of his life - he got to play football, received an incredible education, and became an officer in the Navy.

Playing football at the academy was like being a part of a brotherhood. It's unique playing at a military school because the people playing beside you on the field are also going to be standing with you in the battle zones. There's a sense of "You have my back, I have your back, and that's how we're going to survive this whole thing." In the Navy they say, "Ship, shipmate, self." First you protect the ship and the mission, then you protect your shipmates, then you protect yourself.

When he graduated from the academy he entered the fleet as an officer. Immediately he was in charge of 12 people in his division. He was young, 23 years old, and some of the people he was responsible for were old enough to be his father. Training at the academy and then going to the fleet is tough. While he felt ready to lead, it took about a year until he had a solid grip and the official respect of some of the men under him. He learned that there are two keys to giving good orders. The first is confidence - if you're not confident in how you're leading, others won't be confident either. The second is knowledge behind what you're telling people to do. If you don't know what you're talking about, it's going to come out. Leadership is also the understanding that Iwuji was not only responsible for the people under himself but how his leadership would affect the rest of their lives.

His transition to the civilian world was fairly smooth. He went from active duty to the reserves, and while he was active duty he began racing NASCAR. Racing NASCAR wasn't easy for Iwuji at first, and it took him a bit to become established. A lot of people told him "no." But his outlook changed when he heard Les Brown quote, "Someone's else's opinion of you doesn't have to be your reality." He started living that mantra and everything began to fall into place. For veterans returning to civilian life who might not know their next step or how their military skills apply, he says "Go after what you want every single day. Do something every day to get close to that goal and then make sure you don't let those negative voices seep in and bring you down." 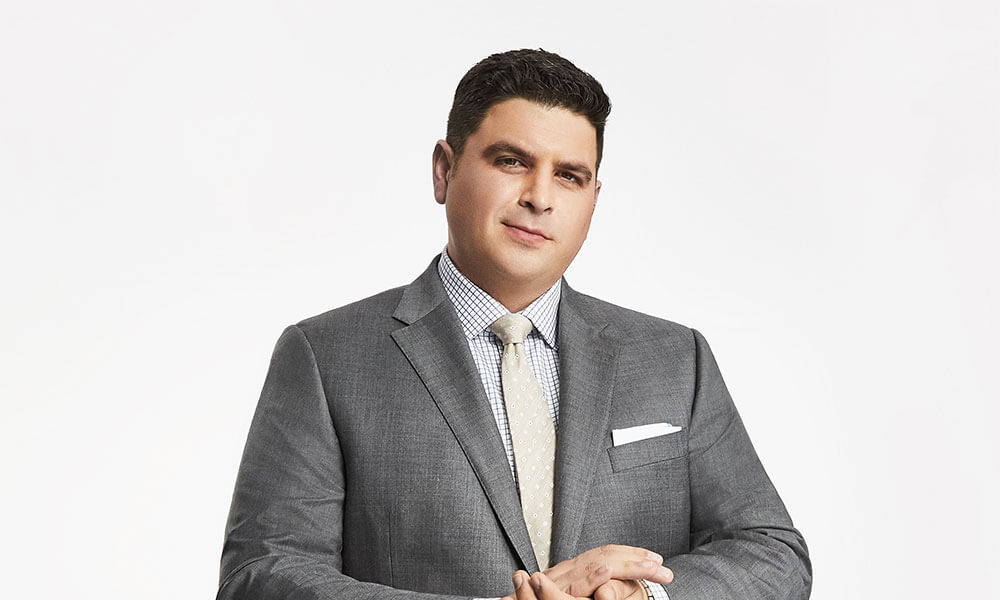 The day Diego Rubio knew he wanted to join the Army, he forged his parents signatures and enlisted when he was a little underage. Then he never looked back. Originally from Florida, Rubio experienced a bit of culture shock when he joined the Army and was surrounded by people from all different backgrounds, religions, and cultures. He learned a lot from the people he was with and realized their differences didn't matter because they were all dependent on one another.

He formed everlasting friendships with those he served with and ended up serving with some in Afghanistan as part of a security advisors group advising the Afghan police. Although the troops were there to teach the police proper operations and conduct, Rubio believes he ended up learning more from them. Not only from a cultural perspective, but also from a leadership perspective. He and his team had to learn how to successfully teach the police force a new way of operating. They had to learn how to be good leaders for them.

Unsure of what he wanted to do after he left the Army, Rubio went to the National Guard. For him, a key part of his transition into civilian life is knowing how to network and utilize that network. For veterans, it's important to forge friendships and relationships - not only for their personal well-being but for their professional well-being. A key part of transitioning is understating that even though their skills may not seem transferable on paper, they can translate in a myriad of ways in civilian life and corporate America. 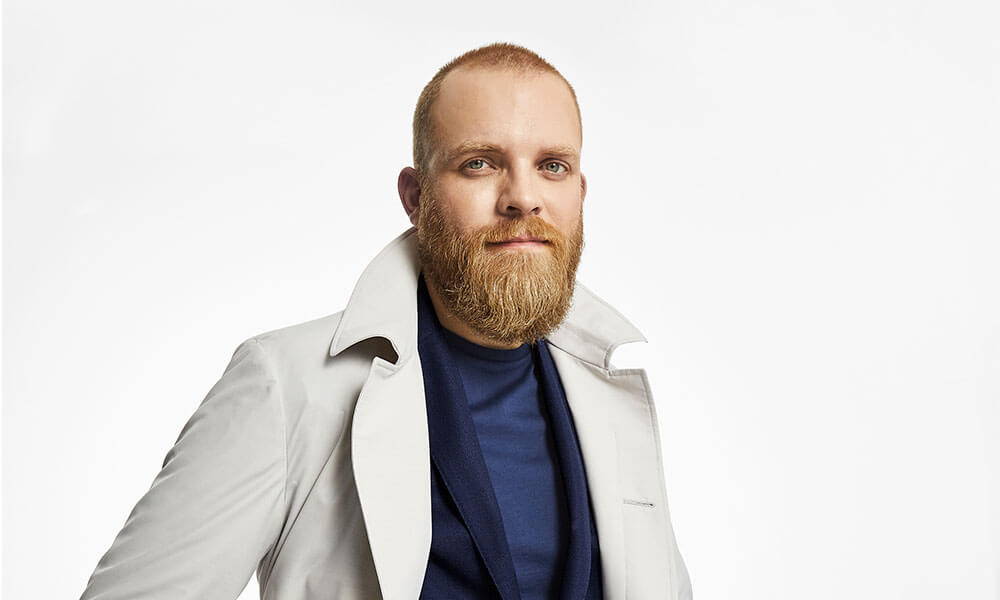 Unsure of his desired career path, Brett Jones decided to enlist in the Marines in to serve his country. Although his two grandfathers served in the Army and Air Force, Jones' father was a Marine, as was his uncle. Jones recalled both men always had a reverent way about them and they always carried themselves with confidence. It was in part because of that he felt compelled to follow in their footsteps.

Jones enlisted in the marines in 2002 when he was 20 years old. He knew what to expect of boot camp from his father and uncle. He was a Squad Leader in boot camp before climbing the ranks to Sergeant in his five years of service. The Marines are renowned for their leadership capabilities. No matter their rank, each Marine is instilled with 14 leadership traits. It is because of this that Jones believes that if someone has will, intent, and is given the runway to do what they are passionate about, everyone is capable of exemplifying those leadership traits naturally.

Jones was selected to be a an instructor in the Marine Corp's martial arts program. The mentally and physically intense three weeks of training lead up to the final exercise running around Okinawa. Jones finished quickly before the rest of his team and when he reached the finish line, his Staff Sergeant Brown didn't praise him for finishing before his teammates. Instead, he asked him where the rest of his team was. When Jones replied his teammates were behind him, his Staff Sergeant said, "You still think you're finished?” Jones replied "No” and went back to help the rest of his team. That moment was the first he realized that success is dependent on the team that surrounds you. You never leave your team behind. Jones carries this mentality with him in civilian life now.

After the Marines, Jones finished his degree at Georgia State but didn't know what he wanted to do. He spent the next year working for his father's advertising consulting business where he decided he enjoyed advertising after the realization that the industry is "just a bunch of misplaced misfits wandering around trying to make creative things.” It reminded him of his time in the military - people of all walks of life coming together to do something creative.

Although creative, Jones says the field also has a lot of adversity. According to Staff Sergeant Brown, adversity introduces a person to themselves. Jones finds himself using skills learned in the Marines to work through that adversity. As Client Service Director he deals with all different types of people from the client, creative department, production, and account management. It can be difficult, but at the end of the day they're all working together and he is able to apply his leadership skills gained during his service. An exemplary example of leadership, he taught a class on leadership skills and founded the Salute Military Network during his time at Ogilvy. Jones calls purpose a strong, motivating force in his life and believes it's important for returning veterans to be creative when transitioning to civilian life. The skills, abilities, and knowledge acquired in the military can be applied to any field - get creative about how those skills and knowledge and ability can be applied to civilian life. For employers, it's important to remember that having a veteran on your team is an asset - one you just might learn something from.