For Brian Stann, it was one thing to serve in the military and it was a whole other thing to serve in combat. To prepare himself, he turned to Mixed Martial Arts. He thought training in martial arts would sharpen his skills for combat. He fought a few amateur fights before his first tour, and as it turned out fighting didn't prepare him for combat at all. Combat is unique, and as he'll tell you, when you're around the worst type of violence the world has to offer, you come home with a completely different perspective.

For Stann, it was all about perspective. Perspective on the world, perspective on humanity, and perspective on time and how little of it you have - not only with yourself but with the people you love. And when he returned from his tours in Iraq, MMA became his sanctuary, This was where he gained his perspective and tested himself, eventually training with the best guys in UFC and ranking Top 10 in the world.

As a captain in the United States Marine Corps, Stann served two tours in Iraq, where he worked mostly on counter insurgency programs. After his first tour, Stann felt a notable shift in strategy. They shifted from focusing on Al Qaeda to focusing more on the Iraqi people, because according to Stann "If you're going to be successful in operating against Al Qaeda you need to win over the trust of the people you're there to protect." Perhaps it was this shift that made Stann great at working within diverse teams. As a leader, Stann knows diversity only strengthens his team and in the military there is no choice but to work together.

When Stann returned to civilian life, his first resume was terrible. He knew he was really talented in leadership and influencing behavior but he couldn't convey that value properly. Eventually, he discovered Hire Heroes USA, an organization that helps veterans transition out of the military. As it turns out, Stann was not alone in his inability to communicate his skill set and value to possible employers. Through Hire Heroes USA, Stann worked with a group of coaches to lead a curriculum - on military bases and virtually – that takes veterans through the entire process of preparing for and applying for positions and ultimately getting hired.

The ability to work hard in any situation, and with anyone is one of the biggest strengths service members bring to the workforce. That, and their selflessness. Every man and woman who has chosen to serve in the military has made a very selfless decision, they've had to learn to be flexible while their characters may be tested at any moment. When employers - or civilians in general - don't tap into the veteran demographic, they're missing out on a massive talent pool. 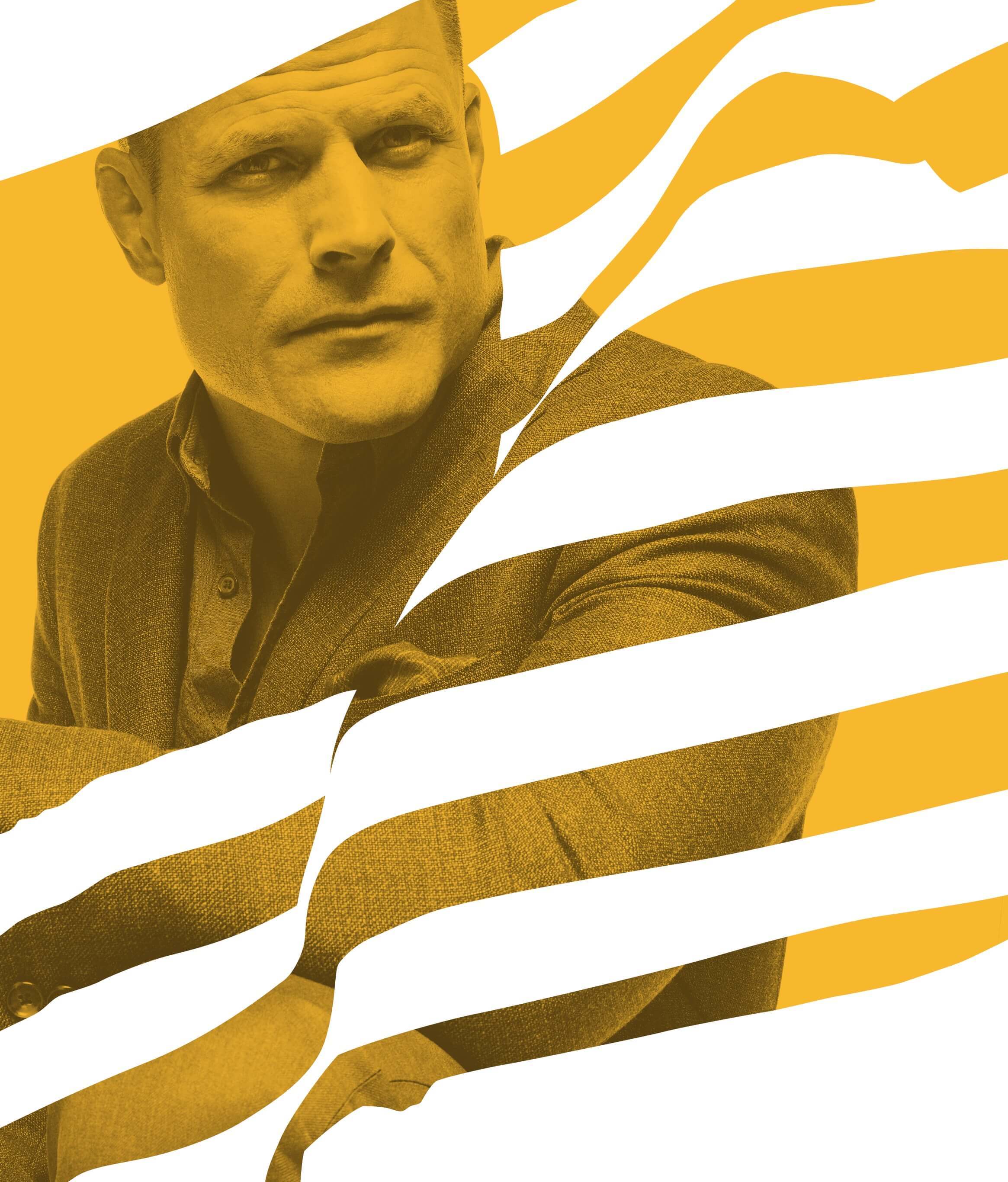 Cesar Orozco is a first generation immigrant, the first in his family to attend and graduate college, and the first to join the military. For him, it was a new, strange experience, but one that would come to be one of the most rewarding experiences of his life.

His career in the military started in ROTC at USC – shortly before graduating, he was accepted to the Air Force Pilot Training program. He graduated a 23-year old F-16 combat-capable pilot, and the feeling of getting airborne for the first time was something he describes as so much bigger than himself.

For Orozco, leadership is an interesting concept. When he joined the military, he confessed he was not a leader - but he certainly knew how to follow. He was surrounded by the smartest individuals at the top of their game and it was hard not to emulate them. Being around leaders who guided and gave back to their teams, Orozco realized the servant leadership mentality was one that resonated with him. He could continue to lead himself and remain at the top of his own game, or he could invest in others and pass his knowledge on to the younger generation - allowing them to grow into leaders themselves. This mentality is one that has served him well as he's transitioned to civilian life. At his career with Wells Fargo especially, he strives to be a maximizer, because to him, distributing knowledge is a key trait of a strong leader.

Reflecting back, Orozco thinks he may have begun prepping too late for his transition to civilian life. Career readiness is important, and veterans have to think about what life out of the military means to them. If it's grad school that they want to pursue, they need to start thinking about what they need to do to apply. If it's corporate America they want to enter, they need to start asking the right questions of the right people. The responsibility doesn't lie completely with the veterans though. Civilians need to ask the right questions in return. Skills like diversity of thought and the ability to solve unique problems under pressure gives veterans a competitive edge over non-veterans. "A lot of civilians thank veterans for their service but don't ask any questions. The next level is, ‘What did you do while you were in the service?' Once you start figuring out what makes them tick, you give them some runway to develop and soar." 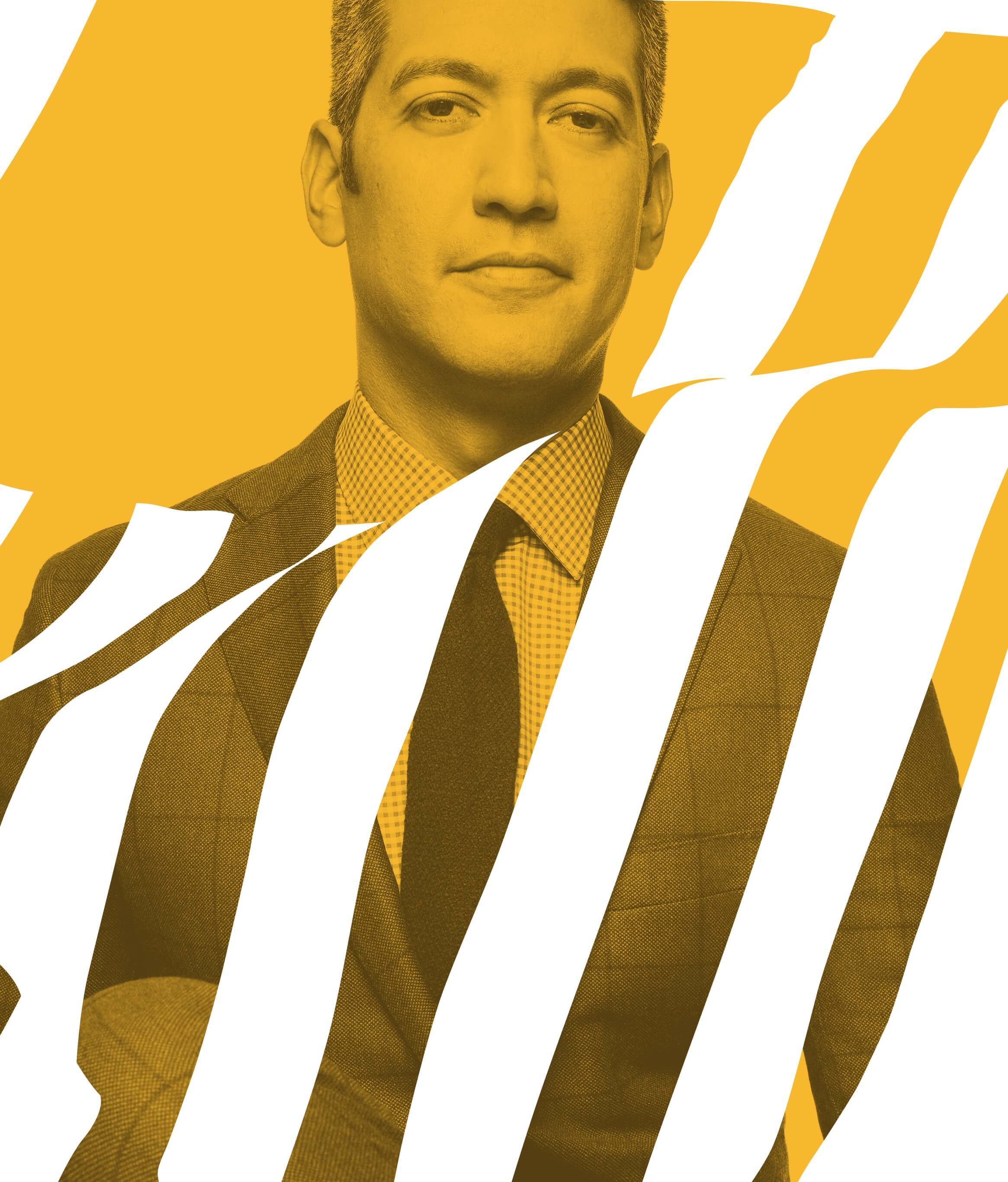 The service didn't change Mike Abrams, it brought out the best in him. The day he was commissioned his father pinned his rank on his shoulder, told him he was proud of him, and reminded him "The best officers are seen but they are not heard." That notion of lead by example, that you don't tell someone to do something you wouldn't do yourself, was something that stuck with Abrams throughout his time in the Marine Corps, to founding FourBlock, to working for Columbia University.

Serving in the military is part of the Abrams' family history, so it was always something in the back of his mind. The moment that solidified his desire to serve was September 11th. He was in college and on September 12th met with a recruiter to start the process for Officer Candidate School. He was commissioned as a Second Lieutenant in January 2003 and was subsequently deployed to Southeast Asia and Afghanistan before serving the remainder of his time in New York City. He served as a recruiter until 2010 when he got out, but continues to serve in the Marine Corps Reserves from time to time as an Artillery Officer.

Just like he believes the military didn't change him, Abrams believes that veterans are no different than civilians either, "Some people choose to serve as teachers or doctors, veterans are no different - we're just like anyone else." It was for this very reason that Abrams founded FourBlock, an organization that works with veterans to help them enter the professional world after service. In Abrams' opinion, service members are nontraditional hires but it's worth taking the time to understand what they bring to the table. Veterans possess valuable, tangible skills, but the difficulty comes in conveying those skills to potential employers. For Abrams, it's most important to teach veterans how to communicate their value - they can't meet employers halfway, they need to take the time to educate employers on how the skills learned in the military translate to their world. Of course, the responsibility doesn't lie solely on the veterans. If employers don't know what a service member has done, ask them. "Sit down with that veteran and take the time to really understand where their experiences and skills may apply to your company."

For veterans, a lack of understanding from employers is not the only challenge they face entering the workforce after service. Things that civilians take for granted, like having the proper clothes for a job interview, can be a struggle for veterans. While in the military, the uniform is an identity for many service members, and a constant - one thing worn every day. There's a sense of pride and history in the uniform, so when the uniform comes off while transitioning out it is sort of like losing your identity. "I know a lot of veterans who just don't know how to dress themselves for an interview or first day on the job. Having an incredible partner like Hickey Freeman to give that service member their suit as they transition out - it means a lot. They're looking good, they're feeling good, and they have their self-respect back." 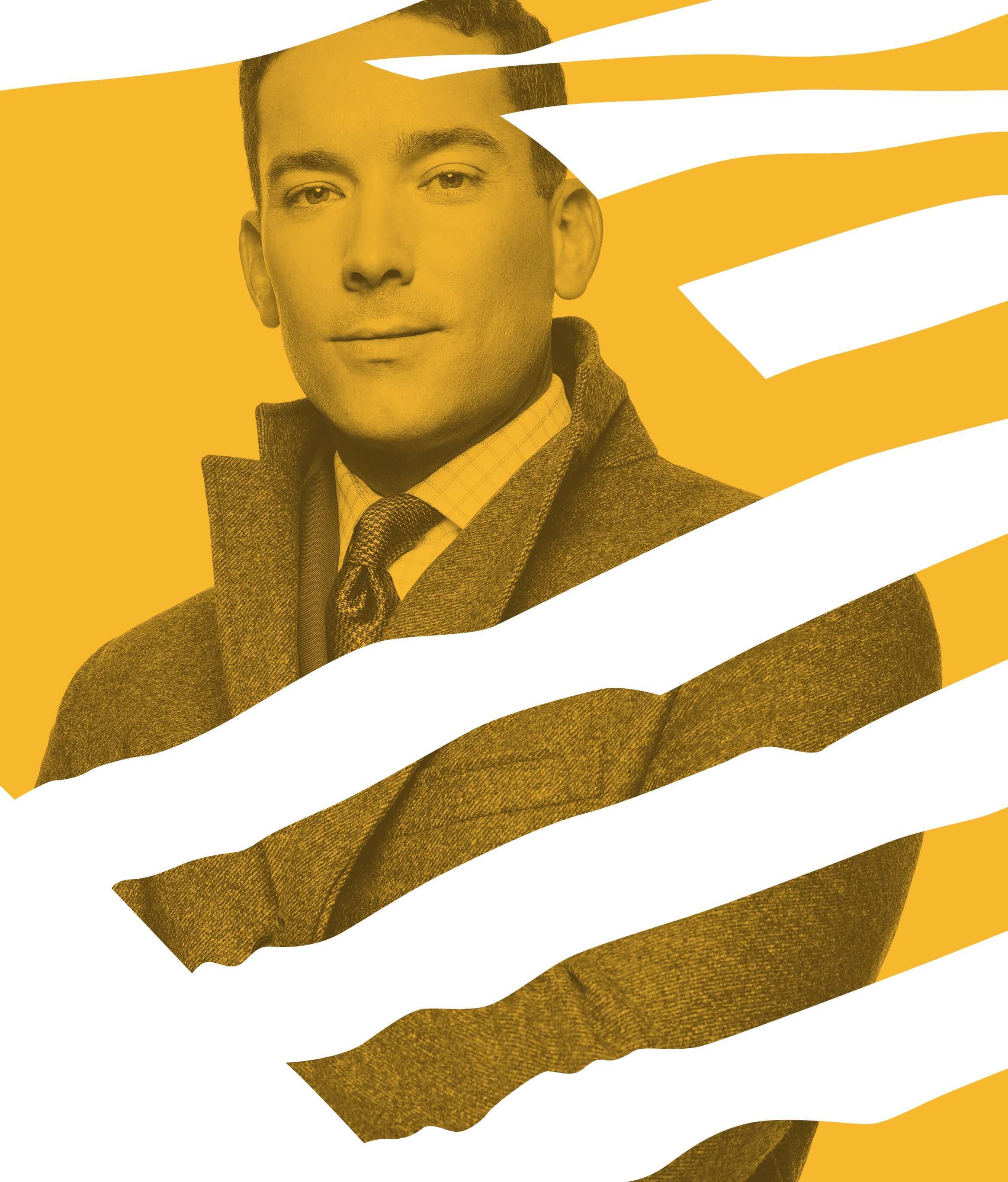 As he'll reluctantly tell you, Barrett Scruggs may have been an inside linebacker for the Army, but he wasn't part of the Army team that beat Navy. Don't worry, that doesn't stop him from gloating about the wins from the bleachers. Scruggs went on to serve in the US Army from 2007-2012 as an Air Defense Artillery Officer, commanding a Patriot Missile Defense Unit in Fort Bliss, Texas. In 2010, Scruggs was deployed to Kuwait and Qatar in support of Operation Enduring Freedom.

As an Officer in the Army, the weight of being a leader is always present. For Scruggs, one of the most profound memories he has was from is first day in command. He received a call from his Battalion Commander about a soldier of his that was in a serious accident back home in the states while on R&R. That was his soldier - he was once responsible for him - and in that moment that was the first time Scruggs realized he was responsible for the livelihood of 120 people of different races, ethnicities, backgrounds, and religions.

The lessons Scruggs learned in the military might not be quantitative skills, but they were critical skills for any leader to learn in any organization, industry, or team. His service has taught him multiple things, but among the most notable are his unwavering ability to remain confident in times of uncertainty, the true meaning of servant leadership - a leadership philosophy that shares power, putting the needs of others first and helps them develop and perform as highly as possible - and perhaps most importantly, the ability to bring people of all different walks of life together, combining those different walks to make a cohesive team.

According to Scruggs, most veterans share two primary traits: the first is the extraordinary desire to serve, and the other is an eager willingness to make a personal sacrifice for the greater good. Outside of the military, those two traits are incredibly valuable to any company or team - anywhere. Society and corporate leaders can and should provide guidance, training and support for veterans - the foundation is already there from their service, veterans just need to be given the right opportunity. 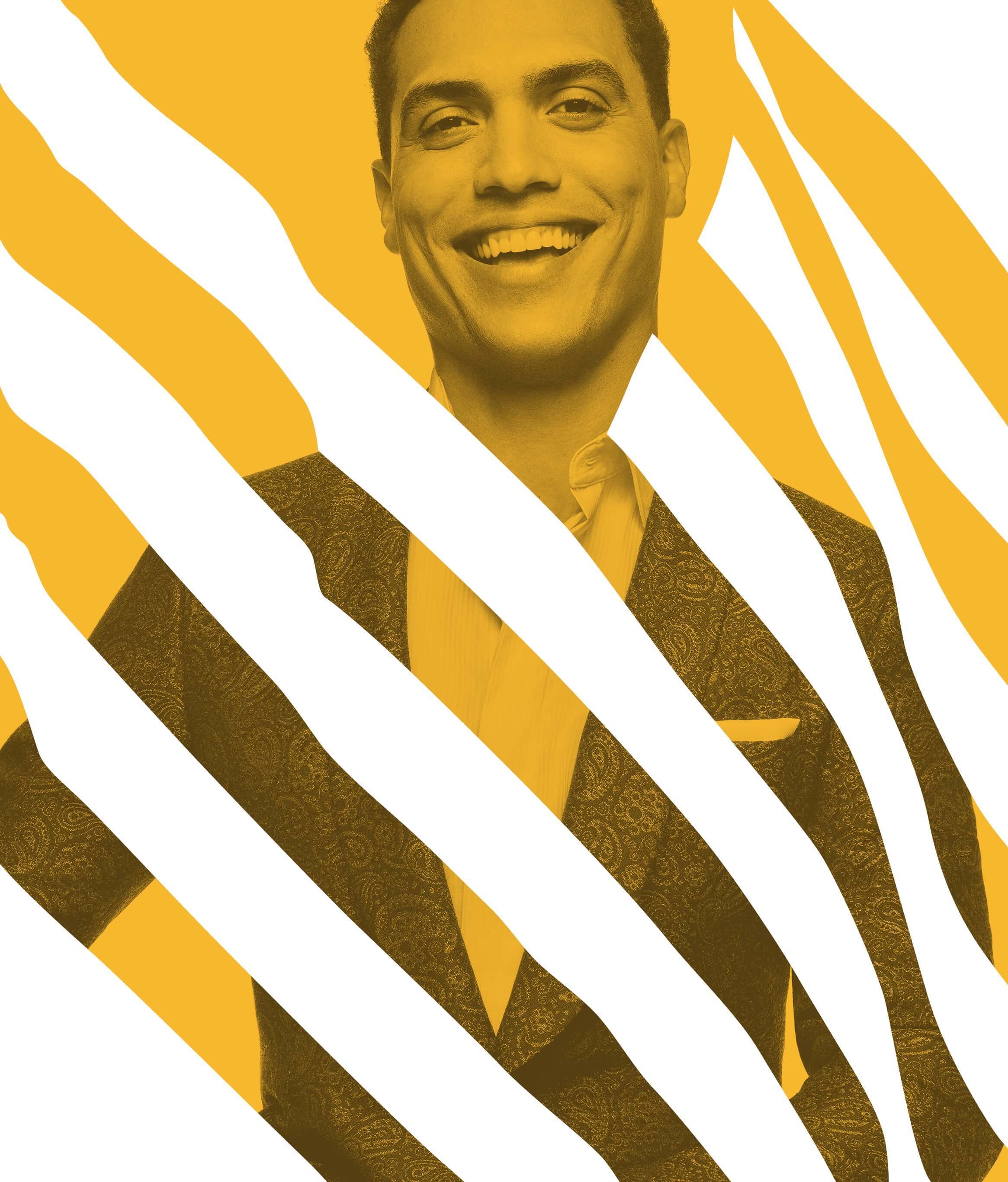