Ever since he was a young kid growing up in Iowa, Jake Wood knew he wanted to be in the military. At first, he thought it might be the Army - but as it turns out the Marine Corps was in his bones. After serving in Iraq and Afghanistan in 2007 and 2008, Jake wasn't really sure what he was going to do once he was a civilian. He thought maybe he would get an MBA, make something of himself in Silicon Valley.

It wasn't until 2010 when the Haiti earthquake hit that Jake started to realize that his purpose was bigger than business school. He and U.S. Marine William McNulty both knew they had to help. Five days after the earthquake when everyone else was evacuating, they organized a team to travel down to Haiti and got to work. After three weeks, Wood and McNulty realized that everything they'd been taught in the Marines - the skills, techniques, and technologies - can be applied to humanitarian work. And so Team Rubicon was born.

Team Rubicon is a non-government organization with a two-fold mission statement: aim to deploy any time a community becomes overwhelmed with disaster and bring a sense of purpose back to the lives of military veterans. In 2012, they were instrumental in rebuilding the Rockaways after Hurricane Sandy and have since helped communities all over the globe.

The common misconception that veterans face is this idea that they can't live outside their structured military environment. What people fail to understand is that military life is structured, but war is not. Vets need to be entrepreneurial, adaptable, and problem solve during complex situations. When they come home, they're adept at navigating civilian life better than most. But that doesn't mean they don't need help adjusting. There is a whole generation of veterans who need the communities they're helping just as much as the communities need the veterans - Jake Wood and Team Rubicon recognized that and has since dedicated their mission to providing veterans with three things lost after leaving the military: a purpose, community, and self-worth.

As of this writing, Team Rubicon is already in Texas conducting rescue operations in the wake of Hurricane Harvey and has mobilized to support disaster relief. This will be the biggest operation in Team Rubicon history as they expect to deploy approximately 1,500 military veterans and first responder volunteers to Houston. To help Team Rubicon with their efforts donate here: teamrubiconusa.org or text "HARVEY" to 87872 (TRUSA) to donate. If donating via text, donors will receive a prompt to donate to Team Rubicon through a secured link. There is no charge to the donor for the text message. 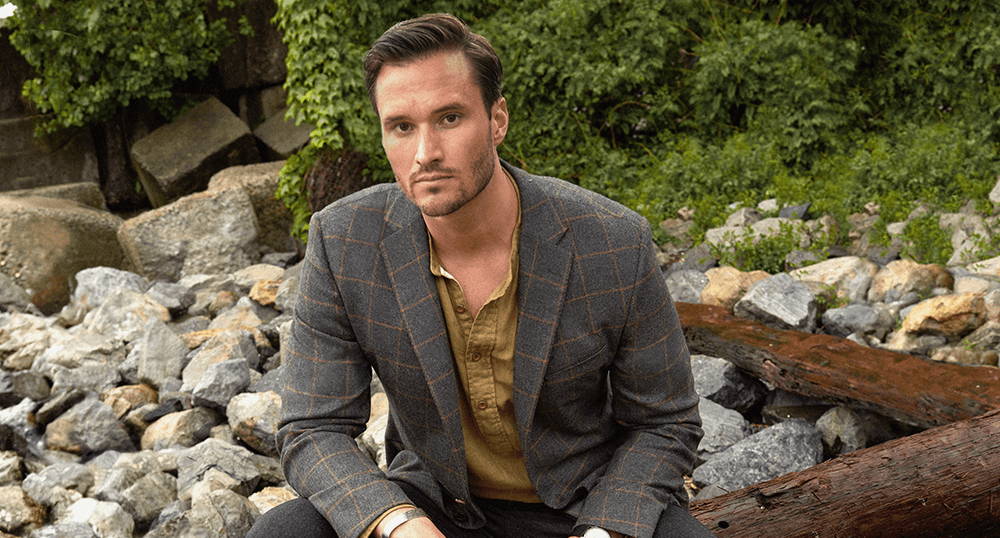 It may be hard to believe, but Wes Moore did not have childhood dreams.

"I know for a lot of kids, they wake up and they say, ‘I wanna be X or Y.' I wasn't one of those kids," he said as he recalled his tough childhood in the Bronx where he and his sister were relocated after their father died.

Concerned for her son's future, Moore's mother forced him into military school, an idea that he initially rejected. He rebelled against the disciplined environment and grabbed every chance to escape. His decision to ultimately stay, however, proved to be a life-changing opportunity that fostered his growth into a Rhodes Scholar at Oxford University and his eventual service as a paratrooper with the 82nd Airborne Division and as a captain in the United States Army. When he returned home, he was accepted as a White House Fellow to Secretary of State Condoleezza Rice.

"The thing that changed me in military school was that I found myself in a place where I was surrounded by people that actually were rooting for me," Moore shared. "My existence there actually mattered."

Since then, Moore's accomplishments have all circled around helping disadvantaged youth and veterans. From founding STAND! to work with youth in the criminal justice system in Baltimore, to establishing BridgeEDU, a platform that supports college completion and job placement, to authoring a best-selling novel, The Other Wes Moore - the 39-year old's efforts paved the way to his new role as CEO at Robin Hood, New York's biggest anti-poverty organization.

"The military injected the importance of leadership into my life at a time when I needed it the most," Moore said. "There was a personal accountability that I took on and a growth in terms of the responsibilities that [were given to us]." 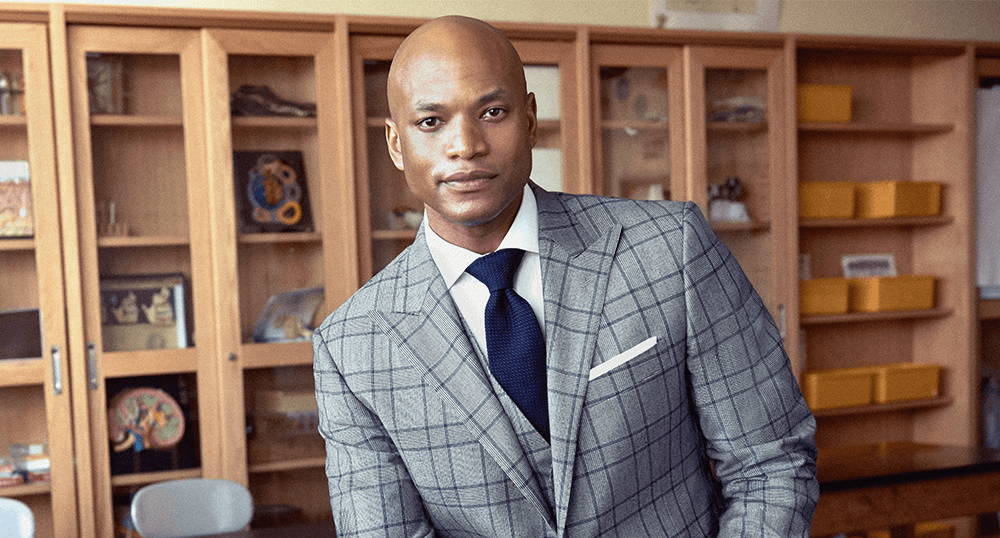 Proudly wearing his Navy uniform, Long Snapper Joe Cardona couldn't have made it easier to pick him from the crowd of New England Patriots players visiting the White House after their 2017 Super Bowl win. For him, there was no other outfit to wear.

Cardona's loyalty and pride for his service as a Supply Corps Officer in the Navy Reserve could be traced back to his roots in San Diego, California, where he grew up in the presence of the Marine Corps and the Navy. "My father was in the Navy, and my favorite team growing up was Navy," Cardona shared. "It was a special thing, so when I got the opportunity to play football for them, it was a no-brainer. I was very grateful when the acceptance came in the mail."

Growing up in a military city, Cardona's ultimate dream was to serve his country and to this day he continues to fulfill his role as a Reserve Naval Officer alongside his commitment to the Patriots. He is one of two active members of the United States Armed Forces in the NFL, the other being fellow Navy graduate Keenan Reynolds.

"What I am drawn to about serving is taking a great deal of pride of being in uniform," Cardona said. "It is the people within our armed forces that truly make them great. Our military veterans bring entirely different skills and perspectives to work. I think they're one of our greatest assets as a country—one of our real treasures." 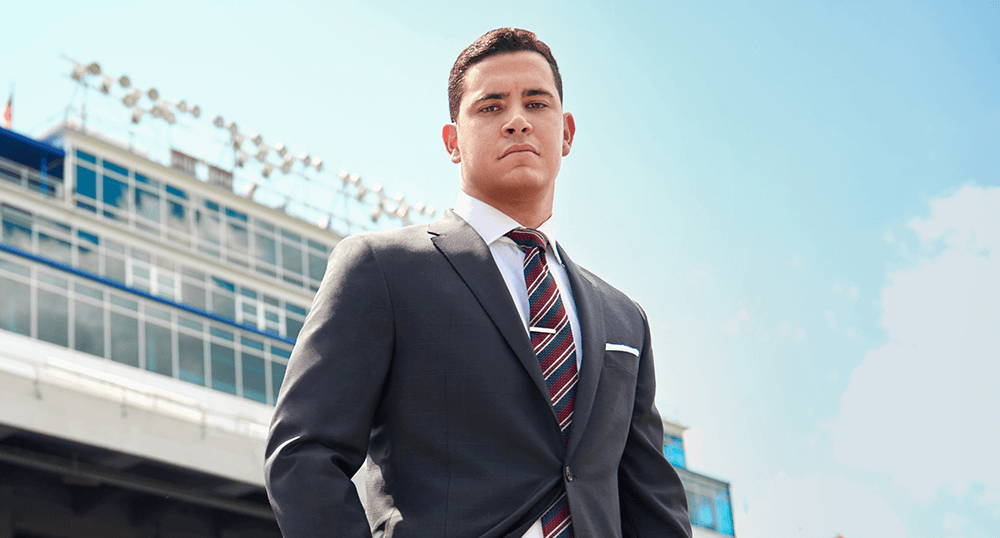 Sunny Li is missing a rib and has shrapnel in his body that he can still feel today. But if you ask him about these things, he'll tell you that there is no scenario that has made him broken - these things have only made him stronger.

Growing up, there was never any discussion in Sunny Li's family concerning the military. As a kid, he wanted to be a veterinarian. It wasn't until 9/11 that Sunny felt the pull to join the Marines.

He joined after college, going to Marine Officer Candidates School in 2002 and subsequently commissioned as a 2nd Lieutenant. He held several positions while in the Marines, but his specialty classification was 0302 - Marine Infantry Officer. After several deployments that brought him all over the globe, Sunny was honorably discharged as a captain in 2009.

When he arrived home, he had a strong support system in his family and friends that helped him transition back to civilian life and find what that next step would be. After consulting for a bit, he went to graduate school and made a strong network of friends and colleagues that allowed him to embrace the normalcy in everyday life.

Some of those friends urged Sunny to participate in Veterans On Wall Street (VOWS,) an initiative promoting career development, support, and retention of veterans throughout global financial services. It was through VOWS that Sunny came to be at Citi Global Markets. Although the banking and military world may seem drastically different from the outside, Sunny finds himself using his service skills daily.

"In the Marines, you take a lot of different men and women from different walks of life - diversity of wealth, diversity of ethnicity, diversity of religion - and connect them for a common cause. Likewise in banking, there is no such thing as doing something unilaterally. You have to connect different groups to work together."

According to Sunny, the most important thing learned from his time in the Marines is a sense of empathy - as a Platoon Commander he needed to understand where his team was coming from and the struggles they're going through. The same goes for understanding veterans. Some - like Sunny - have scars we could never see, others are more visible. If we highlight veterans as individuals, giving them the tools they need to transition successfully, we'll unleash their enormous potential. 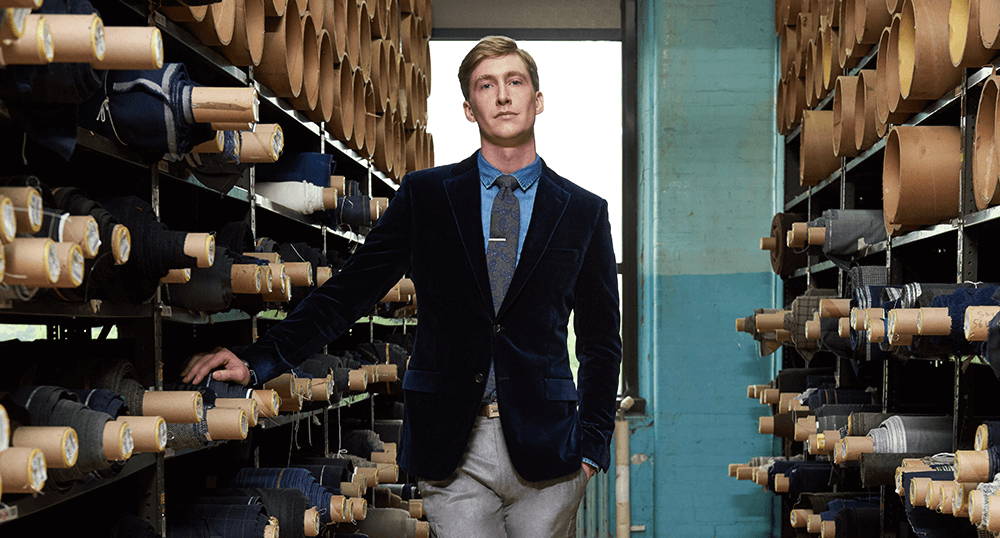